Interaction between Geography and Policy: Variation in Development Performance within China's Eastern Zone 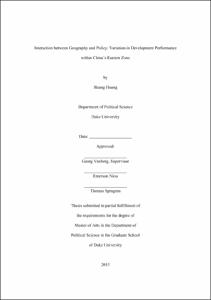 This paper examines the trend of variation in development performance within