Component Neural Systems for the Creation of Emotional Memories during Free Viewing of a Complex, Real-World Event. 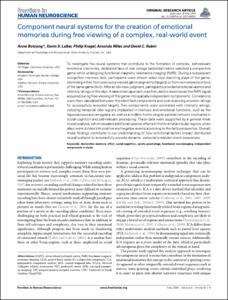