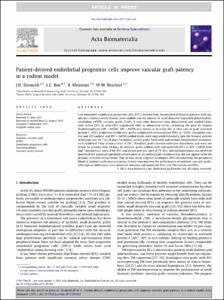 Associate Professor Emeritus in Surgery
Our overriding interests are in the fields of tissue engineering, wound healing, biosensors, and long term improvement of medical device implantation. My basic research interests are in the area of physiological mechanisms of optimizing substrate transport to tissue. This broad topic covers studies on a whole animal, whole organ, hemorheological, microvascular, cellular, ultrastructural, and molecular level. The current projects include: 1) control of blood flow and flow distribu Professor Emeritus of Biomedical Engineering
Adjunct Professor of Biomedical Sciences, Makerere University, Kampala, Uganda (pending)Director of the Duke-Makerere BME PartnershipDr. Reichert's research interests have included biosensors, protein mediated cell adhesion, wound healing, and biocompatibilty.  Dr. Reichert was the first member of the engineering faculty to receive the Clemson Award from the Society for Biomaterials (there have since been three others) and elected as a Fellow of the International Unio
Alphabetical list of authors with Scholars@Duke profiles.