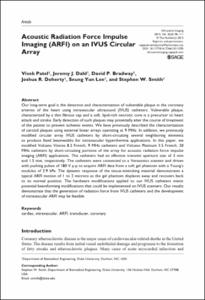 Professor Emeritus of Biomedical Engineering
Current research interests are the development and evaluation of improved medical ultrasound image quality for applications in cardiology, radiology and obstetrics. Advances in image quality result from improvements in the spatial resolution and signal-to-noise ratio of diagnostic ultrasound scanners through novel signal processing techniques and improved design of ultrasound transducers. One current project includes the development of two-dimensional phased array transducers for appl
Alphabetical list of authors with Scholars@Duke profiles.