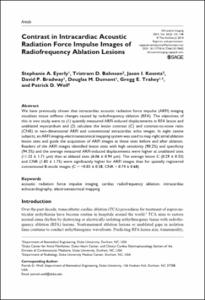 Associate Professor of Biomedical Engineering
My research is primarily in the area of advanced instrumentation for diagnosis and treatment of electrophysiological problems. This research covers two primary organ systems: the heart and the brain. One thrust of the cardiac-based work is centered on atrial fibrillation and in particular on very low energy atrial defibrillation strategies. The goal is to produce a device that can defibrillate the atria with a painless series of electrical impulses. A second area of interest is the st
More Authors
Alphabetical list of authors with Scholars@Duke profiles.