The Effects of Canopy Light on Sapling Growth in a Lowland, Primary Amazonian Forest 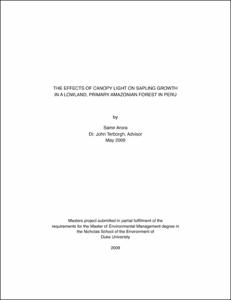