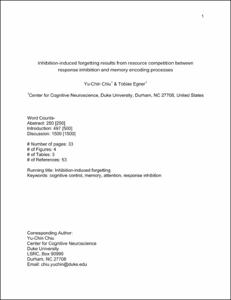 Professor of Psychology and Neuroscience
My goal is to understand how humans produce purposeful, adaptive behavior. The main ingredient for adaptive behavior, in all animals, is memory: we understand the world around us by matching the flow of incoming sensory information to previous experience. Importantly, by retrieving past episodes that resemble our present situation, we can predict what is likely to happen next, thus anticipating forthcoming stimuli and advantageous responses learned from past outcomes. Hence, I am interested i