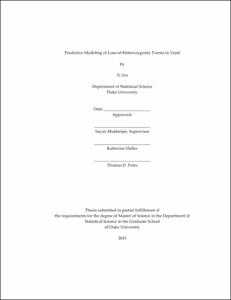 During mitotic cell cycles, DNA experiences many types of endogenous and exogenous damaging agents that could potentially cause double strand breaks (DSB). In S. cerevisiae, DSBs are primarily repaired by mitotic recombination and as a result, could lead to loss-of-heterozygosity (LOH). Genetic recombination can happen in both meiosis and mitosis. While genome-wide distribution of meiotic recombination events has been intensively studied, mitotic recombination events have not been mapped unbiasedly throughout the genome until recently. Methods for selecting mitotic crossovers and mapping the positions of crossovers have recently been developed in our lab. Our current approach uses a diploid yeast strain that is heterozygous for about 55,000 SNPs, and employs SNP-Microarrays to map LOH events throughout the genome. These methods allow us to examine selected crossovers and unselected mitotic recombination events (crossover, noncrossover and BIR) at about 1 kb resolution across the genome. Using this method, we generated maps of spontaneous and UV-induced LOH events. In this study, we explore machine learning and variable selection techniques to build a predictive model for where the LOH events occur in the genome.

Randomly from the yeast genome, we simulated control tracts resembling the LOH tracts in terms of tract lengths and locations with respect to single-nucleotide-polymorphism positions. We then extracted roughly 1,100 features such as base compositions, histone modifications, presence of tandem repeats etc. and train classifiers to distinguish control tracts and LOH tracts. We found interesting features of good predictive values. We also found that with the current repertoire of features, the prediction is generally better for spontaneous LOH events than UV-induced LOH events.