Polymorphisms in the kinesin-like factor 1 B gene and risk of epithelial ovarian cancer in Eastern Chinese women. 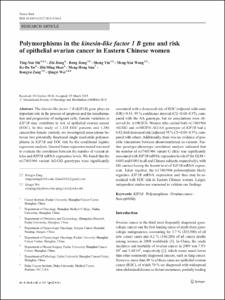