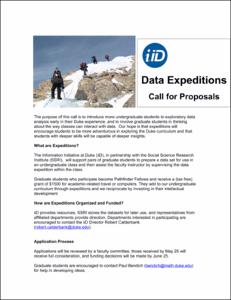 Associate Research Professor of Mathematics
I work in computational topology, which for me means adapting and using tools from algebraic topology in order to study noisy and high-dimensional datasets arising from a variety of scientific applications. My thesis research involved the analysis of datasets for which the number of degrees of freedom varies across the parameter space. The main tools are local homology and intersection homology, suitably redefined in this fuzzy multi-scale context. I am also working on building connections bet Charles S. Sydnor Distinguished Professor of Computer Science
Robert Calderbank is Director of the Information Initiative at Duke University, where he is Professor of Electrical Engineering, Computer Science and Mathematics. He joined Duke in 2010, completed a 3 year term as Dean of Natural Sciences in August 2013, and also served as Interim Director of the Duke Initiative in Innovation and Entrepreneurship in 2012. Before joining Duke he was Professor of Electrical Engineering and Mathematics at Princeton University where he also directed the Program i Professor of Statistical Science
My primary areas of research include methods for preserving data confidentiality, for handling missing values, for integrating information across multiple sources, and for the analysis of surveys and causal studies. I enjoy collaborating on data analyses with researchers who are not statisticians, particularly in the social sciences and public policy.
Alphabetical list of authors with Scholars@Duke profiles.