Neural systems for guilt from actions affecting self versus others. 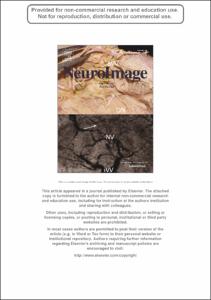