Long-term outcome and impact of surgery on adults with coronary arteries originating from the opposite coronary cusp. 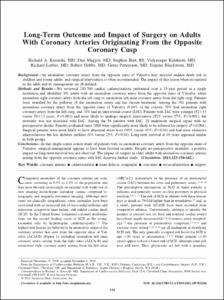