Gene loss, adaptive evolution and the co-evolution of plumage coloration genes with opsins in birds. 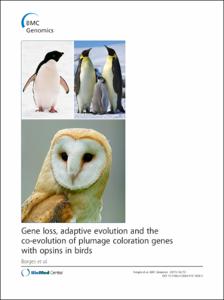