Global view of the functional molecular organization of the avian cerebrum: mirror images and functional columns. 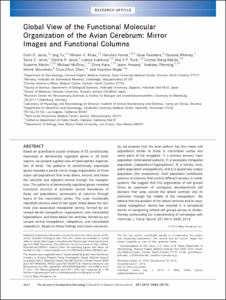