For whom the bird sings: context-dependent gene expression. 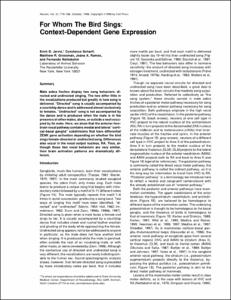