Lateralized activation of Cluster N in the brains of migratory songbirds. 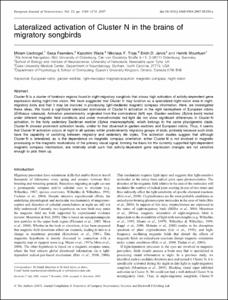