Role of the midbrain dopaminergic system in modulation of vocal brain activation by social context. 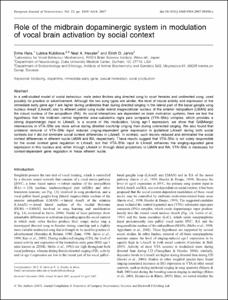