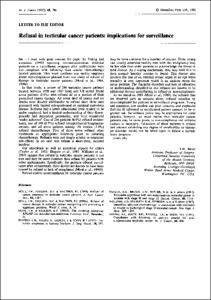 James H. Semans, M.D. Distinguished Professor of Urologic Surgery, in the School of Medicine
Dr Judd Moul joined the Duke faculty in mid 2004 after a career in the US Army Medical Corps mainly at Walter Reed Army Medical Center.  He is a retired colonel and a noted researcher and clinician in the area of prostate cancer and is a urologic oncologist. He served as the division chief of Duke Division of Urology from 2004 to 2011 and was named the James H Semans MD Professor of surgery in 2009 becoming Duke's first named endowed chair for urology.  He was awarded the Gold Cystosco