Media Framing of the Ebola Crisis 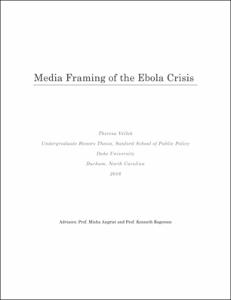