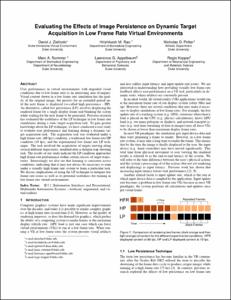 Adjunct Assistant Professor in the Department of Mechanical Engineering and Materials Science
Dr. Regis Kopper is an Adjunct Assistant Research Professor of Mechanical Engineering and Materials Science at Duke’s Pratt School of Engineering and the director of the Duke immersive Virtual Environment (DiVE). Dr. Kopper has experience in the design and evaluation of virtual reality systems in the areas of interaction design and modeling, virtual human interaction and in the evaluation of the benefits of immersive systems. At Duke, Dr. Kopper investigates how immersive virtual reality t