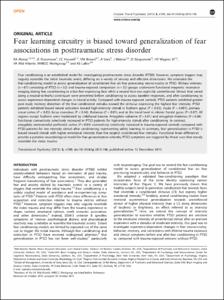 Associate Professor in Psychiatry and Behavioral Sciences
My research career into neurobiology and mental health spans two distinct phases. The first includes doctoral training at the University of New Mexico in psychology and neurobiology with a major area of emphasis in behavioral neurobiology and two minor areas of emphasis in learning and memory and statistics and experimental design.  Doctoral training was subsequently supplemented with  postdoctoral study in neuropharmacology at Duke University focusing on brain monoamine systems.&nb
Alphabetical list of authors with Scholars@Duke profiles.