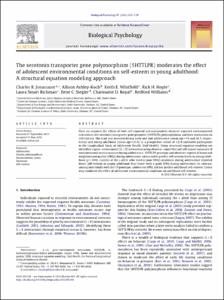 Professor in Medicine
One of my major research foci is in the genetic basis of psychiatric and neurological disorders. I am currently involved in studies to dissect the genetic etiology of attention deficit hyperactivity disorder (ADHD), autism, chiari type I malformations, essential tremor, and neural tube defects. Additional research foci include genetic modifiers of sickle cell disease, and genetic contributions to birth outcomes, particularly among African American women. Associate Professor in Population Health Sciences
Dr. Richman's research broadly focuses on understanding factors that contribute to health disparities for disadvantaged groups. Some research areas include the role of social status, gentrification, and social network characteristics on health behaviors and outcomes. Click here for .pdf links to my publicationsAreas of expertise: Health Professor of African and African American Studies
Charmaine Royal is Professor of African & African American Studies, Biology, Global Health, and Family Medicine & Community Health at Duke University. She also has appointments in the Duke Initiative for Science & Society and the Kenan Institute for Ethics. At the Duke Social Science Research Institute, she directs the Center on Genomics, Race, Identity, Difference and the Center for Truth, Racial Healing & Transformation. Dr. Royal’s research, scholarship, and t Professor in Psychiatry and Behavioral Sciences
My research efforts are in the area of developmental health psychology and organized around understanding the role of personality in health and disease in middle and later life. My primary research activity is as Principal Investigator of the UNC Alumni Heart Study (UNCAHS) a prospective epidemiologic study of 5000 middle aged men and women and 1200 of their spouses that evaluates the role of personality on coronary heart disease and coronary heart disease risk, cancer, and normal a Professor of Psychiatry and Behavioral Sciences
My research aims to identify psychosocial factors that are involved in the pathogenesis and course of major medical disorders, to characterize the biobehavioral mechanisms whereby such factors influence disease, and to develop both behavioral and pharmacologic means of preventing or ameliorating the adverse impact of psychosocial factors on health and disease. Specific projects that are currently active include: 1) The influence of hostile personality, social isolation, depression and other psyc
More Authors
Alphabetical list of authors with Scholars@Duke profiles.