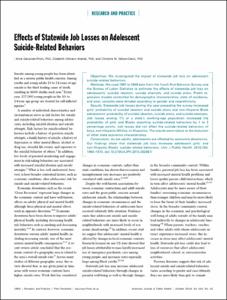 Associate Professor in the Sanford School of Public Policy
Elizabeth Oltmans Ananat is Associate Professor of Public Policy Studies and Economics at Duke University. She received a B.A. in political economy and mathematics at Williams College in 1999, a master's degree in public policy from the Ford School at the University of Michigan in 2001, and a Ph.D. in economics from the Massachusetts Institute of Technology in 2006. In 2010 she served as Senior Economist for Labor, Education, and Welfare at the White House Council of Economic Advisers. Her resea WLF Bass Connections Associate Professor
Anna Gassman-Pines is Associate professor of public policy and psychology and neuroscience at Duke University. She is also Faculty Affiliate of Duke’s Center for Child and Family Policy. Gassman-Pines received her BA with distinction in Psychology from Yale University and PhD in Community and Developmental Psychology from New York University. Her research focuses on low-wage work, family life and the effects of welfare and employment policy on child and maternal well-being in low-income fa