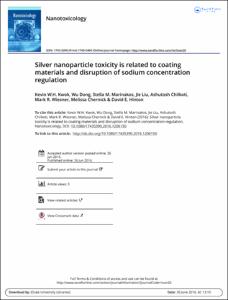 Nicholas Distinguished Professor of Environmental Quality
The Hinton laboratory focuses on mechanistic toxicity in all life stages of small, aquarium model fish and in selected species with particular environmental relevance (freshwater and marine). With the latter, investigations focus on stressor responses and include follow up studies after oil spills. Studies with the laboratory model fish take advantage of the compressed life cycle to improve understanding of organellar, cellular and tissues responses that arise after exposure and follow either a