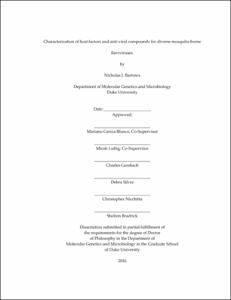 Two genes in particular, TTC35 and TMEM111, strongly inhibited DENV infection and, based on comparisons with published literature, implicated a larger protein, the ER Membrane Protein Complex (EMC), as a pan-flavivirus HDF. The EMC is a poorly characterized multiprotein complex that may function in ER-associated protein biogenesis and/or lipid metabolism. Based on our screen data, we hypothesized that the EMC is an uncharacterized HDF that functions through a common mechanism to promote replication of flaviviruses. We report that DENV, ZIKV, and yellow fever virus (YFV) infections were impressively inhibited, while West Nile Virus (WNV) infection was unchanged, in cell lines engineered to lack EMC subunit 4 (EMC4). Furthermore, targeted depletion of EMC subunits in live mosquitos significantly reduced DENV-2 propagation in vivo. In addition, the accumulation of DENV proteins shortly after infection in EMC4 knockout cells was significantly reduced, suggesting that the EMC promotes viral protein biogenesis.

We interrogated a library of FDA-approved drugs for their ability to block infection of human HuH-7 cells by a newly isolated ZIKV strain. Selected compounds were further validated for inhibition of ZIKV infection in human cervical, placental, and neural stem cell lines, as well as primary human amnion cells. Established anti-flaviviral drugs (e.g., bortezomib and mycophenolic acid) and others that had no previously known antiviral activity (e.g., daptomycin) were identified as inhibitors of ZIKV infection. Several drugs reduced ZIKV infection across multiple cell types.

We propose that the EMC may be exploited as a novel therapeutic target for multiple flaviviruses in the future. Also we identified drugs that could be tested in clinical studies of ZIKV infection and provides a resource of small molecules to study ZIKV pathogenesis.