A cross-cultural study of social perception … 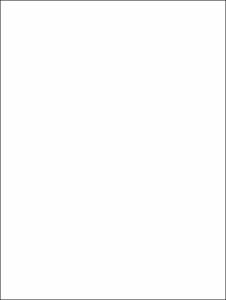 View / Download
2.9 Mb
Date
Author
Paramesh, C. R.
Advisor
Dr. Norman Guttman, Chairman
Repository Usage Stats
1,237
views
437
downloads
Abstract
Introduction: Wherever social relations or interpersonal relations are involved, social perception runs as an undercurrent, either implicitly or explicitly. Perhaps the primary importance of social perception derives from the assumption that overt forms of social behavior are "steered" by the perception of social environment. Many problems in interpersonal relations turn out to be in some measure the consequence of perceptual distortion. Social perception, it may also be added, is closely related to one’s perception of self. Under ordinary conditions, there are three major elements which we will confront in a study of social perception. They are (a) the situation or context in which the person to be judged is embedded, (b) the person who is apart from the situation and (c) the perceiver himself. In the present study, the first two elements are not of special interest. The main point of interest is the third element, the perceiver who is shaped and sensitized by his or her particular cultural background. We are interested in examining the "selective- tuning" on the part of the perceiver in perceiving certain aspects of both the self and other people in preference to others. The present study aims to analyze the consistent trends, termed here "self- styles, " in individuals that influence them in perceiving others. It is assumed that these self- styles are determined fairly well by societies and, therefore, it is proposed to examine the variations of these self-style orientations in terms of culture. However, it is difficult to isolate and assess the differential importance of personal and social characteristics, although it is feasible. So, by "social perception" we refer to the consistent tendency to look for certain attributes in the other as influenced by self-concept.
Description
This thesis was digitized as part of a project begun in 2014 to increase the number of Duke psychology theses available online. The digitization project was spearheaded by Ciara Healy.
Type
Master's thesis
Department
Psychology
Subject
Social perception