A comparison of reported experiences associated with different styles of hypnosis 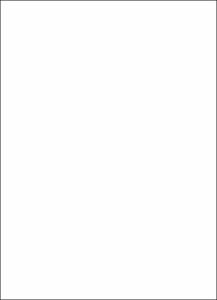 View / Download
7.4 Mb
Date
Author
Brown, Charles, 1953-
Advisor
Robert C. Carson, Chairman
Repository Usage Stats
262
views
536
downloads
Abstract
Reported experiences were compared for subjects undergoing a traditional style of hypnosis, a cognitive behavioral style of hypnosis, and a "waking imagination" procedure similar to hypnosis but explicitly labeled "non- hypnotic." Experiences of subjects within these three treatment conditions were also compared with the experiences subjects believed prior to treatment they would be most likely to have during a hypnotic session. No significant experiential differences appeared with regard to spatial, temporal, and personal disorientation; a sense of dissimilarity to ordinary experience; or obliviousness to extraneous thoughts or stimuli. Compared to subjects in the non-hypnotic procedure, subjects in the two hypnotic conditions reported more strong and positive feelings regarding the experience and a greater perceived inability to resist the experience. The only significant difference between cognitive behavioral and traditional subjects was the stronger belief of cognitive behavioral subjects that they were consciously directing and causing their hypnotic experience. Even though reported experiences differed somewhat for the different procedures, correlations of reported experiences with responsiveness (or ''hypnotic susceptibility") were similar for the three procedures, with no apparent interaction effects for procedure with responsiveness on experience. In the two hypnotic conditions the experience of hypnosis was seen as more difficult to resist than subjects expected prior to treatment, but also less mysterious than expected. These findings overall indicate that experiential self-report is a useful method of gauging similarities and differences between different styles of hypnosis, quasi- hypnotic procedures, and expectations regarding hypnotic experience. Other theoretical and clinical implications of these findings are discussed.
Description
This thesis was digitized as part of a project begun in 2014 to increase the number of Duke psychology theses available online. The digitization project was spearheaded by Ciara Healy.
Type
Dissertation
Department
Psychology
Subject
Hypnosis