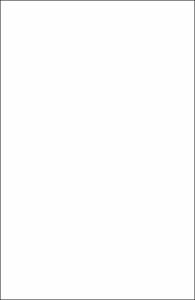 View / Download
18.2 Mb
Date
Author
Clarke, Alan Rogers, 1932-
Advisor
Norman Garmezy, Supervisor
Repository Usage Stats
206
views
218
downloads
Abstract
Recent clinical studies of schizophrenia have been aimed at clarifying the nature of the relationship that has existed between the schizophrenic patient and other members of his family. The majority of these investigations have focused upon the mother-son relationship, and the experiment to be described represents an extension of this area of study. Specifically, the present investigation was an attempt to observe the extent to which schizophrenic patients would conform to the preferences expressed by mothers who possess some of the attributes reported to characterize mothers of Poor pre-morbid (Phillips, 1953) schizophrenic patients. These attributes, it was hoped, would serve as relevant cues foreliciting conformity responses in such patients.
Description
This thesis was digitized as part of a project begun in 2014 to increase the number of Duke psychology theses available online. The digitization project was spearheaded by Ciara Healy.
Type
Dissertation
Department
Psychology
Subject
Schizophrenia
Mothers