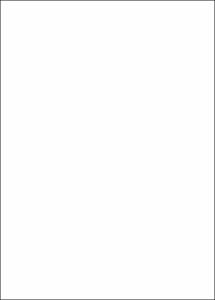 View / Download
10.2 Mb
Date
Author
Oehler, Jerri Moser
Advisor
Carol O. Eckerman, Supervisor
Repository Usage Stats
248
views
2,774
downloads
Abstract
Despite concern that preterm infants receive inappropriate tactile and auditory stimulation because of early birth, few studies have explored the development of responsiveness to tactile and auditory stimulation prior to 40 weeks' postconceptional age. The present research traced longitudinally the development of responsiveness to tactile and auditory stimulation of 14 preterm infants born at 30 or less weeks' postconceptional age. The preterm sample was divided into three groups (well, moderately ill, and sick) to assess the effects of illness. All infants were assessed three times per week from 30 to 34 weeks' postconceptional age. Body movement, eye movement, heart rate, smiles, hand-to-mouth activity, and "avoidance" signals of grimaces, cries, yawns, and tongue protrusions were assessed in response to (a) auditory stimulation in the form of talking, (b) tactile stimulation in the form of touching/stroking, and (c) the combination of talking and touching. Further, these infants were assessed weekly for the development of neurological reflexes and responsiveness to the orientation items from the Brazelton Neonatal Behavioral Assessment Scale. When a pre-stimulus period was compared to a stimulus condition, preterm infants were found to respond to talking with significantly more eye movement; to touching with significantly more body movement; and to the combination of talking and touching with more body movement. Significant effects of illness were found when smiles, hand-to-mouth activity, and "avoidance" signals were assessed. During all the stimulation conditions the well infants had significantly more smiles and hand-to-mouth activity. During talking and the combination of talking and touching the sick infants also showed significantly more "avoidance" signals. Sick infants also performed less well than the well infants on the Brazelton orientation items and on some of the neurological exam items. The findings of this study suggested that responsiveness to social stimuli, talking and touching, develops quite early, even before the time of usual birth, and is minimally affected by illness. Behaviors shown by these infants are those likely to attract the caregiver's attention, suggesting that the preterm infant is capable of behaviors which will engage the caregiver and possibly serve as the roots of social behavior.
Description
This thesis was digitized as part of a project begun in 2014 to increase the number of Duke psychology theses available online. The digitization project was spearheaded by Ciara Healy.
Type
Dissertation
Department
Psychology
Subject
Premature infants - Psychology
Sensory stimulation