Mattering and memory : the effects of personal importance on autobiographical memory and memory for frequency of occurrence 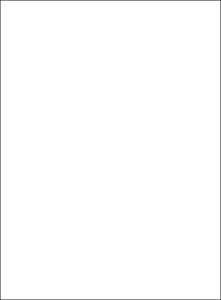 View / Download
18.6 Mb
Date
Author
Fraenkel, Peter
Advisor
Philip R. Constanzo, Supervisor
Repository Usage Stats
199
views
131
downloads
Abstract
Recent work in the area of social cognition has increasingly addressed the manner in which cognitive processes are affected by relatively long-term individual differences in the salience of certain social stimuli over others. The present set of studies explores the effects of differences in the relative personal importance of behavior domains on autobiographical memory and memory for frequency of occurrence — areas of memory deployed in day-to-day adaptation to the environment. Behavior domains of high and low personal importance were preassessed by means of questionnaire. In the autobiographical memory study, subjects were cued for positive, negative, rare, and commonplace personal memories in high and low importance domains. Memory dates and recall latencies were also collected. Subjects then evaluated their memories in terms of 18 attributes, including emotional and imagistic vividness, confidence of recall, pleasantness, frequency of rehearsal, and self-descriptiveness. In the frequency of occurrence study, each subject was presented with a list of 90 words that included target words representing his or her high and low importance domains. Whereas nontarget words varied in frequency, all domain words were presented with equal frequency. In the memory test, subjects were presented with pairs of target words and were asked to indicate which word in the pair had appeared most frequently. Subjects also ranked the frequency with which they have encountered domain words in various real-life social contexts. The autobiographical study yielded a large number of significant findings, many of them higher order interactions. In general, personal importance was found to mediate the effects of other variables on memory attributes; for instance, subjects judged positive memories as more descriptive of self than negative memories, but only in the case of high importance domains of behavior. Personal importance was also found to affect frequency estimates. Despite identical presentation frequencies, subjects estimated that high importance words were presented significantly more frequently in the list than were low importance words. Personal importance also had significant effects on estimates of frequency of encounter with domain words and behaviors in real-life contexts. The present findings underscore the need to examine further the impact of individual differences in the meaningfulness of stimuli on social cognitive and memorial processes.
Description
This thesis was digitized as part of a project begun in 2014 to increase the number of Duke psychology theses available online. The digitization project was spearheaded by Ciara Healy.
Type
Dissertation
Department
Psychology
Subject
Cognition
Social aspects
Memory
Permalink
https://hdl.handle.net/10161/13574
Published Version (Please cite this version)
http://search.library.duke.edu/search?id=DUKE000919999
Collections
More Info
Show full item record