Priming in semantic categories : an evaluation of the effects of similarity and prototypicality 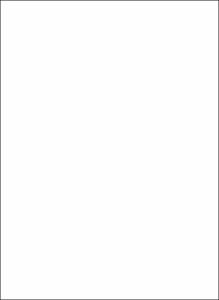 View / Download
8.8 Mb
Date
Author
Evans, Nancy Jean, 1953-
Advisor
Gregory R. Lockhead, Supervisor
Repository Usage Stats
264
views
1,822
downloads
Abstract
Three experiments were performed to test the influences of both the similarity relations in the stimulus set and of the prototypicality of stimulus items on response times to pairs of words. In the first experiment, subjects judged word pairs from six natural semantic categories as containing members from the same category or from different categories. Pairs of both high and low typicality were primed by items of their own or of a different typicality which were similar or dissimilar to the pairs. The effects of prime -pair relations on reaction times were analyzed. It was found, for both the prime types used in earlier work by Rosch and by Evans and Lockhead and for prime types new to this experiment, that a prime similar to a SAME pair produced faster responses to that pair than did a prime dissimilar to the pair, even when the prime -pair typicality match was controlled. In addition, responses to DIFFERENT pairs were shown to be significantly influenced by the similarity relations of the categories involved in the pairs. In the second experiment, three of the cultural categories from Experiment 1 were reexamined, with the special purposes of testing category differences in priming effects and of evaluating the influence of practice on priming results. The general pattern of response times obtained in Experiment 2 replicated the results of the first study: Prime-pair similarity was shown to influence reaction times importantly. With respect to category differences, it was demonstrated that response speeds were inversely related to the similarity between categories in the experimental set: When the category(s) from which the pair items came were distinctive in the total set, the average SAME and DIFFERENT responses to that pair were fast. No other important category differences were obtained. Finally, it was shown that there was some decrease in differential priming effects in these natural semantic categories very early in practice. In Experiment 3, the similarity relations of the primes and pairs used as stimuli in the two earlier studies were evaluated. Also, the correlations of the rated prime and pair similarities and the pair response times obtained in Experiment 1 were computed. It was shown that similarity was significantly related to both SAME and DIFFERENT reaction times: For SAME pairs, the more similar a prime was to a pair, the faster were the SAME responses to that pair; for DIFFERENT pairs, the more dissimilar were the categories involved in the pair, the faster were the DIFFERENT responses to that pair. These three studies demonstrated that the similarity relations within and between natural categories importantly affect category decisions in a priming paradigm. It is suggested that the role of the natural prototype in such categories can be interpreted in terms of the more general similarity structure of the category space.
Description
This thesis was digitized as part of a project begun in 2014 to increase the number of Duke psychology theses available online. The digitization project was spearheaded by Ciara Healy.
Type
Dissertation
Department
Psychology
Subject
Categorization (Psychology)