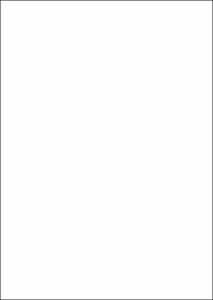 View / Download
9.9 Mb
Date
Author
Starling, Donna Kay, 1955-
Advisor
Alan S. Levy, Supervisor
Repository Usage Stats
280
views
1,381
downloads
Abstract
This study examines the relationship between voluntary associations and the psychological well-being of older people through path analysis. The goals of the study were: (1) to ascertain whether differential research findings are due to measurement artifact, (2) to evaluate the assertions of traditional activity theory versus those of a modified activity theory taking quality into account, and (3) to isolate factors which contribute to and/or mediate the relationship of voluntary-association participation and psychological well-being. Analysis was conducted at two levels. First, a model was developed to study individual participation in voluntary associations, satisfaction with participation, and well-being. Second, a model was developed to examine types of volimtary associations and their effects on satisfaction with participation and on well-being. Subjects were 50 members of voluntary associations who were recruited from target groups in the Durham, North Carolina area. There were 26 males and 24 females. They ranged in age from 61 to 90. The results of the individual path analysis indicate that differential findings due to measurement artifact is likely. After controlling for the effects of health, education, income, and social desirability bias in the model, voluntary-association activity as measured by the Chapin scale was significantly correlated with psychological well-being as measured by the Bradburn scale; however, measurement of volantary-association activity by an average number of meetings measure was not correlated significantly with any measure of well-being. In addition, the Chapin measure did not correlate significantly with the LSI-Z or with the Cantril Ladder. The examination of traditional activity theory versus modified activity theory was somewhat inconclusive, although the results did suggest that mere participation may have effects on psychological well-being that are equal to or greater than the effects of satisfaction with participation. The results of the voluntary association path analysis indicate that their characteristics have consequences both for satisfaction with voluntary associations and for psychological well-being. People who belonged to larger groups were significantly more satisfied with those groups and also were significantly happier. Also, even though people who belonged to age-graded groups were slightly more satisfied with these groups, they were significantly less happy. In addition, people who belonged to church-related groups were slightly more satisfied with these groups, but were significantly less happy. Finally, people who belonged to instrumental groups were slightly less satisfied with these groups than with more expressive groups and were slightly less happy. Discussion focused on possible explanations for the findings. It was suggested that a "happiness" measure seems more sensitive to effects such as those of voluntary-association activity. As for satisfaction with voluntary associations, it was acknowledged that the mere fact that respondents are taking an active part in life may be a key factor to their well-being. As explanations for the findings related to size of voluntary associations, it was suggested that large group activity may be less emotionally demanding and/or may allow contact with more potential friends. For age-graded groups, it was suggested that many older people may maintain a view of themselves as "younger" as the result of non-age-graded activities. For church- related groups, it was suggested that prior findings are due to the relationship between religiosity and well-being rather than characteristics of such groups. Finally, for the instrumental-expressive variable, it was suggested that older people such as in this sample may not value "feeling useful" as much as has been thought. Suggestions for future research included alternative methods of measuring association satisfaction, longitudinal analysis with representative sampling, and further investigation of voluntary-association characteristics.
Description
This thesis was digitized as part of a project begun in 2014 to increase the number of Duke psychology theses available online. The digitization project was spearheaded by Ciara Healy.
Type
Dissertation
Department
Psychology
Subject
Older people -- North Carolina -- Durham -- Psychology
Happiness -- Testing
Path analysis (Statistics)
Permalink
https://hdl.handle.net/10161/13588
Published Version (Please cite this version)
https://search.library.duke.edu/search?id=DUKE000447607
Collections
More Info
Show full item record