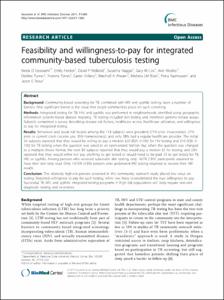 Professor of Medicine
Dr. Susanna Naggie completed her medical education at Johns Hopkins School of Medicine and her internal medicine training at Duke University Medical Center (DUMC), where she also served as a Chief Resident in Internal Medicine.  She completed her Infectious Diseases (ID) fellowship training at Duke and then joined the faculty in the Division of ID. She is an Associate Professor of Medicine with Tenure and currently holds joint appointments at the Duke Clinical Research Institute (DCRI, D Professor of Medicine
My research focuses on the epidemiology, natural history, and treatment of tuberculosis and nontuberculous mycobacterial infections. I am also interested in the impact of HIV infection on mycobacterial infection and disease, and in examining health disparities as they relate to infectious diseases, particularly in immigrant populations.
Alphabetical list of authors with Scholars@Duke profiles.