Preferring Refugees: How German Attitudes Changed During the European Refugee Crisis and Along Historical State Divides 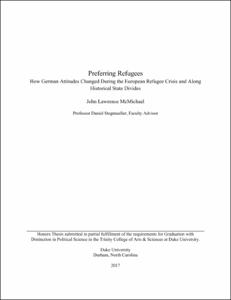