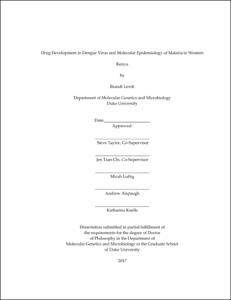 Dengue viruses (DENV) and other mosquito-borne flaviviruses are rapidly emerging human pathogens that threaten nearly half of the world’s population. There is currently no effective vaccine or antiviral therapeutics for the prophylaxis or treatment of DENV. While traditional drug development efforts have focused on inhibitors of viral enzymes, an alternative approach is to target host proteins that support virus replication. In an effort to identify novel human enzymes important for the DENV-2 life-cycle, we conducted a genome-wide RNAi screen and identified ERI3, a putative 3′-5′ exonuclease, as a novel DENV-2 host factor. Cell-free assays confirmed that purified ERI3 is capable of degrading single-stranded RNA in a 3′ to 5′ direction. We conducted a screen for compounds that inhibit ERI3 in vitro and identified small molecules that antagonized both exonuclease activity. In summary, we identified a host exonuclease that is important for DENV-2 replication and is a potential therapeutic target. Our approach illustrates the utility of identifying host enzymatic functions for development of anti-viral drugs.

Large-scale molecular epidemiologic studies of Plasmodium falciparum parasites have provided insights into parasite biology and transmission, can identify the spread of drug resistance, and are useful in assessing vaccine targets. The polyclonal nature infections in high transmission settings is problematic for traditional genotyping approaches. Next-generation sequencing approaches to parasite genotyping allow sensitive detection of minority variants, disaggregation of complex parasite mixtures, and scalable processing of large samples sets. Therefore, we designed, validated, and applied to field parasites a new approach that leverages sequencing of individually barcoded samples in a multiplex manner. We utilize variant barcodes, invariant linker sequences and modular template-specific primers to allow for the simultaneous generation of high-dimensional sequencing data of multiple gene targets. This modularity permits a cost-effective and reproducible way to query many genes at once. In mixtures of reference parasite genomes, we quantitatively detected unique haplotypes comprising as little as 2% of a polyclonal infection. We applied this genotyping approach to field-collected parasites collected in Western Kenya in order to simultaneously obtain parasites genotypes at three unlinked loci. In summary, we present a rapid, scalable, and flexible method for genotyping individual parasites that enables molecular epidemiologic studies of parasite evolution, population structure and transmission.