COMADRE: a global data base of animal demography. 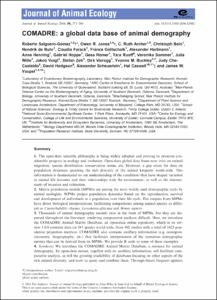