Sex differences in health and mortality in Moscow and Denmark. 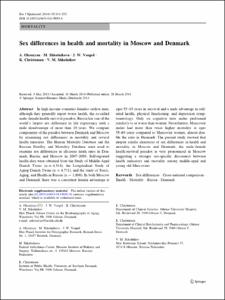 Research Professor Emeritus in the Sanford School of Public Policy