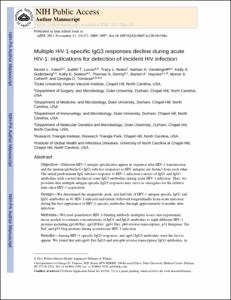 Professor in Surgery
Dr. Georgia Tomaras is a tenured Professor of Surgery, Professor of Immunology, Professor of Molecular Genetics and Microbiology and is a Fellow of the American Academy of Microbiology (AAM) and a Fellow of the American Association for the Advancement of Science (AAAS).  Dr. Tomaras is Co-Director of the Center for Human Systems Immunology (CHSI) Duke University and Director of the Duke Center for AIDS Research (CFAR). Her national and international leadership roles i