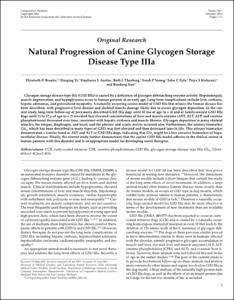 Chen Family Distinguished Professor of Pediatrics
RESEARCH INTERESTS A multidisciplinary approach to care of individuals with genetic disorders in conjunction with clinical and bench research that contributes to: 1) An understanding of the natural history and delineation of long term complications of genetic disorders  with a special focus on liver Glycogen storage disorders, lysosomal disorders with a special focus on Pompe disease, Down syndrome and hypophosphatasia2) ) The development of new therapies such Professor of Pediatrics
As a clinical biochemical geneticist and a director of the Duke Biochemical Genetics laboratory, my research interests are focused on improving laboratory diagnostics for rare inherited disorders of metabolism. I am actively involved in the development of assays using mass spectrometry and other analytical techniques. My current research on biomarkers for lysosomal storage disorders, such as Fabry and Pompe disease and the mucopolysaccharidoses includes monitoring the response to novel ther
Alphabetical list of authors with Scholars@Duke profiles.