Mechanisms and functional roles of glutamatergic synapse diversity in a cerebellar circuit. 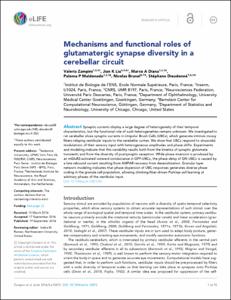