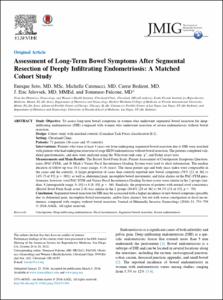 Professor of Obstetrics and Gynecology
Dr. Jelovsek is the Director of Data Science for Women’s Health in Department of Obstetrics & Gynecology (OBGYN) at Duke University. He is Board Certified in OBGYN by the American Board of OBGYN and Board Certified in Female Pelvic Medicine & Reconstructive Surgery by the American Board of OBGYN and American Board of Urology. He currently practices Female Pelvic Medicine and Reconstructive Surgery (FPMRS). He has expertise in the development and validation of &ldquo;individualiz