Attitudes Toward Alcohol Use During Pregnancy Among Women Recruited From Alcohol-Serving Venues in Cape Town, South Africa: A Mixed-Methods Study 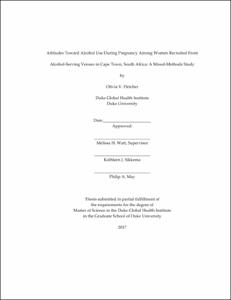