Pulmonary toxicity after intraperitoneal mitomycin C: A case report of a rare complication of HIPEC 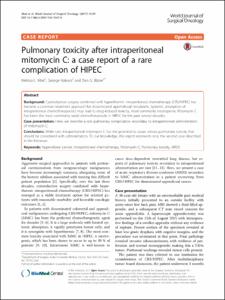