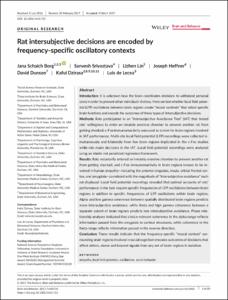 Arts and Sciences Distinguished Professor of Statistical Science
Development of novel approaches for representing and analyzing complex data.  A particular focus is on methods that incorporate geometric structure (both known and unknown) and on probabilistic approaches to characterize uncertainty.  In addition, a big interest is in scalable algorithms and in developing approaches with provable guarantees.This fundamental work is directly motivated by applications in biomedical research, network data analysis, neuroscience, genomics, ecol Associate Research Professor in the Social Science Research Institute
Dr. Jana Schaich Borg uses neuroscience, computational modeling, and emerging technologies to study how we make social decisions that influence, or that are influenced by, other people.  As a neuroscientist, she employs neuroimaging, ECOG, simultaneous electrophysiological recordings in rats, and 3-D videos to gain insight into how humans and rodents make social decisions.  As a data scientist, she works on interdisciplinary teams to develop new statistical approaches to analyze the
Alphabetical list of authors with Scholars@Duke profiles.