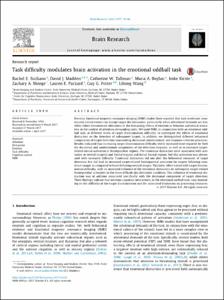 Professor in Psychiatry and Behavioral Sciences
My research focuses primarily on the cognitive neuroscience of aging: the investigation of age-related changes in perception, attention, and memory, using both behavioral measures and neuroimaging techniques, including positron emission tomography (PET), functional magnetic resonance imaging (fMRI), and diffusion tensor imaging (DTI). The behavioral measures have focused on reaction time, with the goal of distinguishing age-related changes in specific cognitive abilities from mo Adjunct Assistant Professor in the Department of Psychiatry and Behavioral Sciences
Alphabetical list of authors with Scholars@Duke profiles.