Plain, Fancy and Fancy-Plain: The Pennsylvania Dutch in the 21st Century 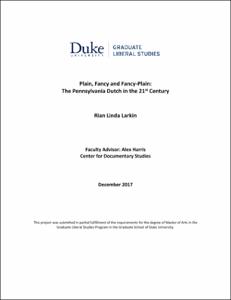