Neither White, Nor Black, but Fully Southern 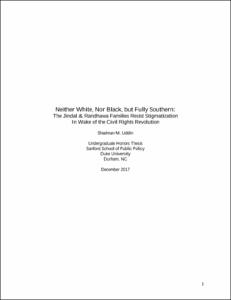