A comparison of activity patterns for captive Propithecus tattersalli and Propithecus coquereli. 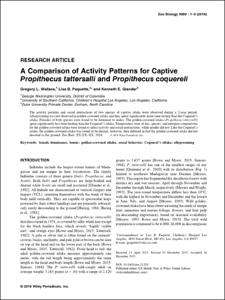