Origin and Scope of Hexavalent Chromium in North Carolina Groundwater 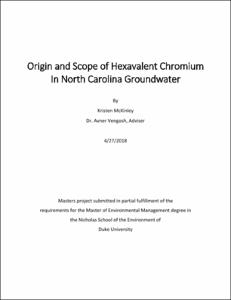