Changing cancer survival in China during 2003-15: a pooled analysis of 17 population-based cancer registries. 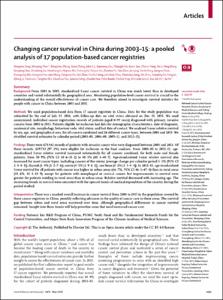